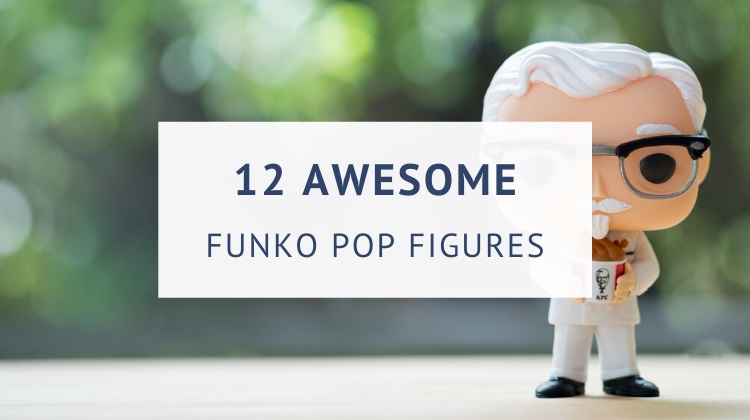 The best thing about collecting Funko POP Figures is that there are so many of them. If you have a favorite movie, cartoon or celebrity, most likely there will be a cool Funko POP vinyl toy to go with them.

What’s also great is that collecting Funko POP Figures really isn’t just for young children. In the last few years these adorable, large-headed, vinyl figures have developed a huge, ever growing fan base, and many people use them simply as fun and colorful decoration items.

Since its inception almost 20 years ago, in 1998 to be precise, the company Funko has produced more than 1000 different licensed vinyl figures.

As there are so many of these little figures available on the market right now, we have decided to pick – what we believe – are the 12 best Funko POP Figures.

Which one is your personal favorite?

This Funko POP vinyl figure is the definition of awesomeness and brings back warm memories of the great animation show that Dragonball Z was.

The Hulk may look very angry and green but he always has the best intentions. And Funko’s mini version of this man-not-to-be-messed-with is actually quite adorable.

And while we’re on the topic of great Disney movies, check out this awesome Wall-E character!

Of course, Anna from Frozen, cannot be absent from this list of best Funko POP Figures.

Dave, the little yellow guy wearing his blue overall, is one of the adorable minions from Despicable Me. Hard to resist so must be added to your collection.

6. Guardians Of The Galaxy: Groot

The Groot character in Guardians Of The Galaxy does not say much but he does keep us all smiling.

If you loved The Big Lebowski movie as much as we did, then you must be stoked to hear that Funko now offers all of its main characters in miniature pop version.

Does Iron Man from the Avengers even need an introduction? What a legend!

This very detailed mini version of Batman is actually really, really cute. And cool too, but only just a little.

10. Guardians Of The Galaxy: Star Lord

Star-Lord, the son of a human mother and alien father, is the ultimate comic books superhero and deserves a spot in your collection of Funko POP figures.

Breaking Bad is by far the best TV show we have seen in many years. And Funko now has all the main characters in mini version: Saul Goodman, Gus Fring, Hank Schrader, Heisenberg, Jesse Pinkman, Mike Ehrmantraut and, of course, Walter White.

Sven the Reindeer from one of Disney’s most successful animated films Frozen is simply irresistible as a Funko POP toy.

You can now also buy a mystery starter pack with 10 randomly picked Funko POP figures and no duplicates. The good? You pay less than what you would need to pay if you would buy them individually. The bad? You simply don’t know what you’re gonna get when you buy the pack!

So if you’re happy to take the risk and be surprised, then this starter pack is a great way to boost your collection of Funko POP figures.

Also read:
>> Cute Beanie Boos you need to have.

Hopefully this list of some of the best Funko POP figures has given you enough ideas about which one to buy next. These little toys are a great way to decorate your house, especially when you’re looking for something different than the usual home deco items.

Leave a Comment Cancel reply
Welcome to Ten Dollar Treats, your online destination for fun and unique gifts. Please note that we may earn a small commission when you make a purchase through our website at no extra cost to you. Enjoy!
Latest